Last week I attended a climate action rally in Canberra, the Peoples Assembly Climate Rally. It wasn’t my usual sort of mid-week activity but I felt compelled to be there. I wanted to be counted as one of the millions across the country desperately worried about the frightening effects our changing climate is having on our world and will continue to have in increasing ways.

It was a peaceful and friendly assembly of around 4,000 people gathered on the lawns directly in front of Parliament House. It wasn’t a rabble of ‘crazies’, ‘ferals’ or even ‘scourges’ on our society, as some of our political leaders would have you believe. It wasn’t loud or at all disruptive, which meant the astounding number of Australian Federal Police representatives there had a pretty easy day of it.

Instead it was a gathering of ordinary, sane and intelligent people from all walks of life and all political persuasions who accept the overwhelming body of scientific evidence on climate change. People young and old, professionals, office workers, scientists, mums, dads, workers, grandparents, retirees, even golfers. Many had travelled hundreds of kilometres to be there and some who had recently lost their homes to fires. All people who desperately want our politicians to accept the scientific and economic truths, stop their war mongering and start acting to reduce emissions as a matter of urgency to keep us safe and secure in the future.

There was an excellent line up of speakers—a scientist, a doctor, a vet, an Indigenous leader, a church minister, politicians, an ex-PM’s granddaughter and a student rep, all who spoke with knowledge and passion. You can actually hear some of them on the People’s Climate Assembly Facebook page. At the end of the speeches, the crowd slowly walked around the entirety of Parliament House,led by the resplendent Red Rebels, and completely encircled the entire building in a striking spectacle of symbolism. Pity some of the residents insider were too embroiled in their own self-indulgent leadership shenanigans that day to notice.

But surely it’s not just the calibre of speakers and the spectacle created that’s driving so many people from disparate backgrounds to rallies, like this one or so many others like it around the nation, including people who would never have dreamed of going to a protest before?

Of course not. It’s desperation and fear for what our future holds. Many of us have been deeply concerned about this for decades (we’ve certainly been warned about it for decades) while others are seeing it with fresh eyes, have just recognised the threat or can no longer keep quiet as the topic has been front of mind over this ‘Black Summer’. Australia has been described as the Ground Zero of climate change, the place where it’s really becoming evident in our day to day lives and no longer a thing we can dismiss as belonging to future years.

This summer we’ve seen devastating fires rip through our country, fires turbo-charged by bushfire conditions that are more dangerous than in the past including the hottest and driest year ever recorded in Australia, and now flooding rains. Both fit with scientific predictions about how climate change can affect weather.

Here in my hometown of Canberra, while we eventually managed to escape fires in our suburbs, we’ve endured one weather catastrophe after another. We sweltered through January and recorded our hottest day ever (44 degrees C or 111 F, and statistically we’re the coldest city in Australia); we’ve breathed in horrific toxic smoke for weeks that shut down postal deliveries, national institutions and half the city as people hunkered inside to avoid the worst air quality in the world: we’ve been in a state of alert and then emergency for weeks on end  as fires burned to the south burning around 8% of the ACT;  we were smashed by a catastrophic hail storm the likes of which we’ve never seen before; and then we had so much rain (which of course we’re extremely grateful for) all in one hit that it caused flooding in some parts.

That’s just my neck of the woods, and of course  it was a hell of a lot worse in other places. Hell was the key word in that last sentence.

While it’s been a wake-up call alright for many and the conversations on the topic have elevated, still our current government is not listening and not responding to what needs to be done. In fact, despite their rhetoric, they’re digging in deeper – literally. Despite the astonishing amount of evidence, despite the huge economic costs we’re now counting, and despite the fact we have a way out of this mess with alternatives for power, we still have a small cohort of people who pretend they accept the science and are taking action but continue to push a pro-fossil fuel agenda instead, adding further fuel to the fire.

That’s the reason I was there; that’s why we were all there on the lawns of Parliament House. We want our politicians to face the truth and take action. I’m not a green lefty, a dole bludger or an hysterical idiot. I’m not even firmly wedded to a particular party. I’m a intelligent, rational suburban mum and grandma who just wants to see some sensible policy put in place. I’m all for the climate change legislation proposed by independent Zali Steggall who spoke at the rally. You can learn more about that on her Climate Act Now website.

I was really proud to be there to be there with my daughter and young grandson, three generations of us standing up to make our voices heard on something we feel is of the utmost importance. Well, Mr 3 isn’t completely clear yet on all the whys and wherefores, but he did understand we were there to help ‘save our world’ as he professed to the people sitting next to us. Surely we owe it to future generations like him to give them a fighting chance?

As the inimitable and inspiring MC Dr Karl reminded us at the end (does anyone know how to spell his last name? does it matter?), we actually have the technology and knowledge to turn this mess around. We’ve met other enormous earth challenges successfully before—we closed up the hole in the ozone layer once we knew what was causing it and acid rain is no longer the problem it was. Millions of individuals, businesses and governments are already taking action to curb the effects of climate changes. In Australia (and the US), we just need a federal government prepared to listen the majority of people who want strong action to be taken and start put in place targets and policies to support that. We started doing it years ago and then went backwards. It can be done and I personally will never give up on that idea.

This shouldn’t be a ‘political’ discussion. It’s not about which side of the political fence you sit. It’s about science. That was at the heart of this meeting and many others like it: we have the evidence, now what are we going to do about it?

If you’re interested in learning more about the issue of climate change and why I’m so passionate about this, I’m in the process of writing a series of posts summarising resources to help people understand the facts and the issues in what has become a confusing topic filled with misinformation. I’ll be covering:

As always, I’m always up for answering questions. If you don’t accept the science of climate change, I’d really like to understand why. Let me know? 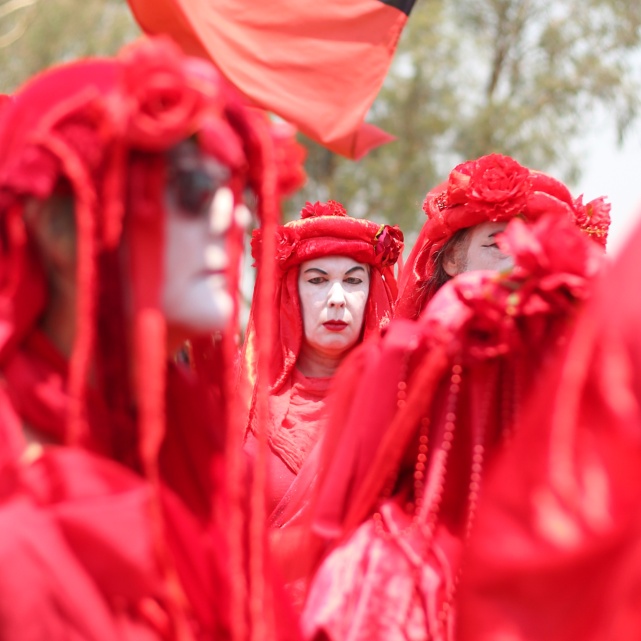